Kanyakumari, the place where the Arabian Sea, the Indian Ocean, and the Bay of Bengal meets, the south end of mainland India.

Have you visited Kanyakumari before?

"The southernmost tip of the peninsula"

Kanyakumari is the southernmost tip of mainland India, which is surrounded by three water bodies. The Arabian Sea in the west, the Bay of Bengal towards the east and the Indian Ocean in the south. The amazing specialty of Kanyakumari is that it is the only place to see sunrise and sunset in water bodies in India.

Kanyakumari got this named after the goddess Kanyakumari Amman, a popular deity of the area. It is believed that the goddess Parvathi in one of her incarnation as Devi Kanya did penance on one of the rocks of this land’s end to obtain the hand of Lord Siva.

The land is also famous for Swami Vivekananda Rock Memorial, 133 feet Thiruvalluvar Statue and the Gandhi Memorial. Triveni Sangam, where these 3 oceans join is the place where Gandhi's ashes were released.

One night stay will be good enough to see all these places in Kanyakumari, though we need more days is planning the outskirt places also. 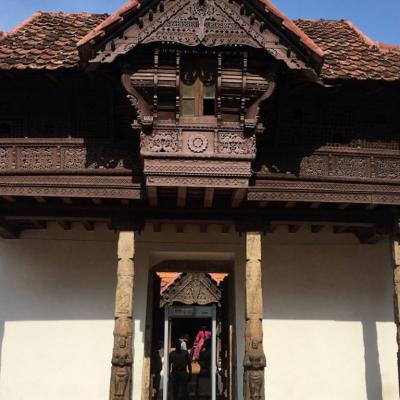 Located around 7 km from the Kanyakumari Cape, this fort enjoys a water front location with greenery surrounding it on a... Kovalam Beach is one of the cleanest and safest beaches in South India. 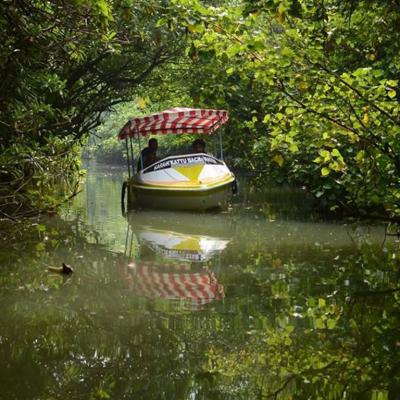 'Poovar Tourist Village' the southern most tourist place in Kerala

Known for its wonderful sunrises and sunsets, Kanyakumari attracts thousands of Indian tourists every day. February is the peak tourist month to explore the beauty of Kanyakumari. The days and nights are moderate during this month creating a perfect ambiance for sightseeing. The temperature stays between 15 to 27 degree Celsius during this time.

Devi Kanyakumari Temple
Devi Kanyakumari temple is one of the major attraction in Kanyakumari. 3000 years old temple is dedicated to the goddess Parvati who appeared in a form of Kanyakumari as the Kanya Devi, the virgin goddess. One speciality of the idol is the diamond nose ring. The sparkling ring is very bright that it can be seen from the sea and once a mariner mistook it for a lighthouse.

Thiruvalluvar Statue
Thiruvalluvar Statue is located in another rock just adjacent to Swami Vivekananda Rock Memorial separated by about 70 meters. This 133 feet statue is the memorial of the great Tamil poet Saint Thiruvalluvar and this place gives an opportunity to witness his contributions to the literature. The statue here was sculpted by V. Ganapati Sthapati and was inaugurated on Millenium day.

Gandhi Memorial
Visiting Gandhi Memorial is an entirely different experience. After the assassination of Gandhiji in 1948, the urn containing his ashes was kept here for the public to pay their homage before being immersed in the Triveni Sangam. The height of the central dome is 79 feet, representing Gandhi’s age when he died. The architectural style of the Gandhi Memorial resembles that of Odisha temples.

There is also a tsunami memorial which was built in memory of those who died in the 2004 Indian Ocean earthquake and tsunami. Shopping is another interesting activity in Kanyakumari. There are plenty of shops for seashells and they are pretty cheap.

It's always good to club Kanyakumari and Trivandrum on the same trip. Though these places located in 2 different states, it's almost similar culture, and can find many other interesting spots in between these 2 places. Vattakottai Circular Fort, Padmanabhapuram Palace, Suchindram Temple, Mathur Hanging Water Bridge, Thiraparappu Water Falls are a few of the interesting places to visit between Kanyakumari and Trivandrum.